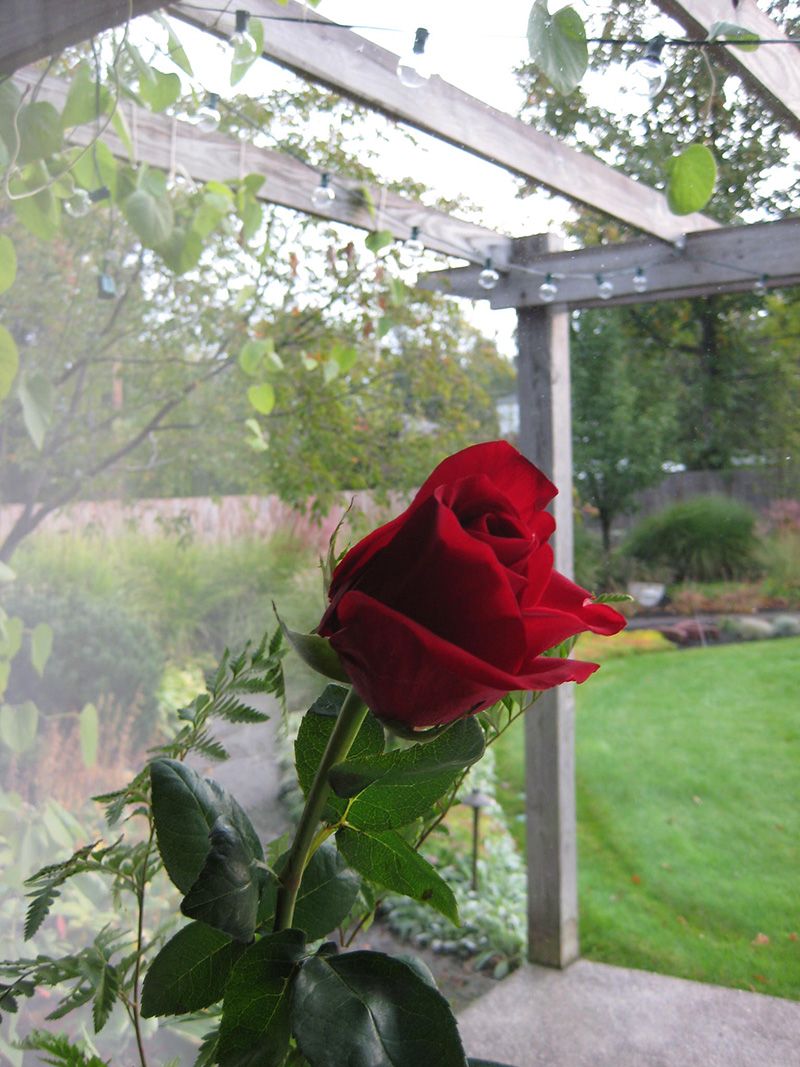 Souviens [s-ooh-vee-ens] Je me souviens d'une rose seule. English translation I remember a single rose. When I was 7 years old I had the opportunity to visit Sister's Hospital in  Buffalo, New York to undergo a major 6 hour operation. I will not go into the details, let's just say it was quite the experience for a young girl. I recall the doctor asking me if I knew how to whistle while the anesthesiologist was preparing to put me under and to this day I have not mastered the art of whistling. At the time, our house was located on Charleston Road across the street from a nursery called Queen City, which is also Buffalo's nickname. The owner of this nursery gave me a single red rose and wished me luck shortly before I went to the hospital for what became a two week stay. This memory stayed with me along with a personal preference for a single red rose to a bouquet of one or two dozen roses of any color. After many years I moved back to this neighborhood. Each time I visited Queen City Nursery I noticed an older gentleman working away while somebody else helped me, always sensing this person might be the same person that gave me that single rose. A few weeks ago I stopped in with a friend to buy some mums and we ended up spending quite a bit of time with this man as he told us about some of the more unique items on display. The more he talked the more I felt he was the same man, and finally asked how long he had been associated with the nursery. When he said 50 years, I knew he was the same person and proceeded to tell him my story. He smiled, didn't say much and asked someone else to take care of cashing us out and he walked away. When we were ready to leave he reappeared to my surprise with one single rose and handed it to me. I couldn't believe my eyes, I was very touched. If you are ever in the neighborhood stop by Queen City Nursery and visit Dave Davis, he is an interesting guy who knows a lot about gardening. His business is the only one to survive from my childhood years along that stretch of Harlem Road in Snyder, New York. A 2010 article, published in the Amherst Bee, describes how Dave as a young man drastically changed his path in life from chemist to gardener.

Update: As of December 2017 Queen City Nursery closed it's doors forever. Read this December 2016 article in the Amherst Bee to learn more about Dave's plans for his next chapter! 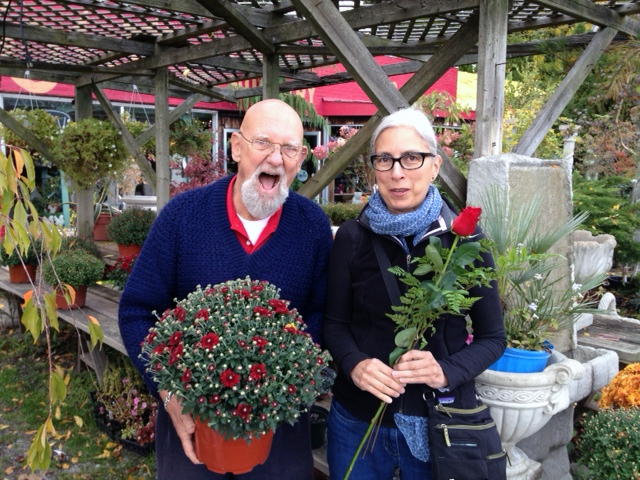