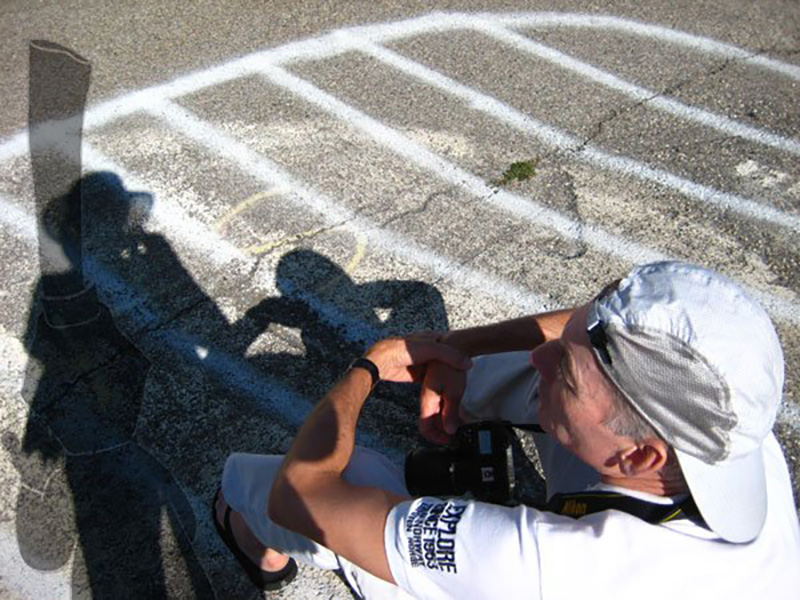 1930 was the year, The Shadow, a very popular radio show aired for the first time and continued until 1954. The Shadow fought crime heard, speaking many languages, but not seen having the unique ability to become invisible. The famous opening lines "Who knows what evil lurks in the hearts of men? The Shadow knows!" are still recognizable today.

The scene above was taken near the end of September near the top of Mt. Ventoux in the south of France, a time of year when the sun is very low in the sky. The photographer's shadow is clear and I could be wrong, but the third shadow appears to belong to Chef Grenouille!