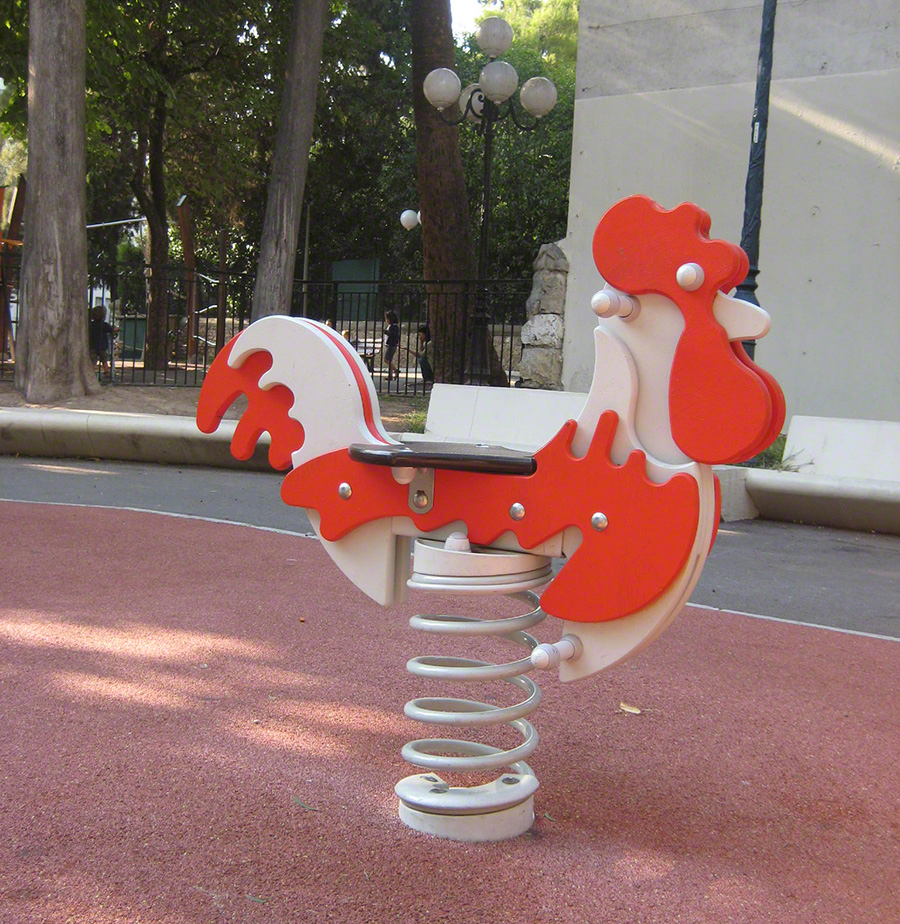 When traveling in France you will notice the rooster depicted in a variety of ways, as weather vanes, ceramics, statuettes, playground features and more. The Gallic rooster (le coq gaulois) is one of several emblems that represent France. Others include, the tricolor blue, white, red as depicted on the French flag, the lily flower (la fleur de lys) and the displays of Marianne as sculpture, on postage stamps, french coins and more is considered a personification of the French republic.